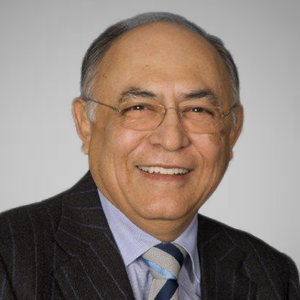 Dr. Hector de Jesus Ruiz, a luminary in the technology field for nearly three decades, is an accomplished engineer, corporate strategist and chief executive. He is co-founder and currently Chairman of the Board for Advanced Nanotechnology Solutions, Inc. (ANS).

In 2000, Dr. Ruiz joined AMD as President and Chief Operating Officer, and in April 2002 was named Chief Executive Officer. At AMD, Dr. Ruiz set the strategic direction of the company, helping guide its growth from a small, broad supplier of components to an innovative technology solutions leader in the processor space. In 2009, he led an industry transformation by spinning out AMD’s manufacturing assets to form GLOBALFOUNDRIES, the first truly global leading-edge semiconductor manufacturing company. During his tenure at AMD, Dr. Ruiz received numerous accolades, including: the Semico Bellwether Award (2009); Executive of the Year – 2005 (EE Times); CEO of the Year – 2005 (Electronic Business); and Top 25 Business Leader – 2006 (FORTUNE Magazine), among others. Prior to his work at AMD, Dr. Ruiz worked at Texas Instruments and then spent two decades at Motorola, ultimately serving as President of the company’s Semiconductor Products Sector.

Dr. Ruiz has broad experience serving as a member of a Board, previously serving on the Board of Directors for Spansion Inc., the Eastman Kodak Co., and the Semiconductor Industry Association. He also served as a member of President George W. Bush’s Council of Advisors for Science and Technology.

Dr. Ruiz attended The University of Texas at Austin, where he earned a bachelor’s degree and a master’s degree in electrical engineering in 1968 and 1970 respectively. He completed his doctoral degree at Rice University in 1973.