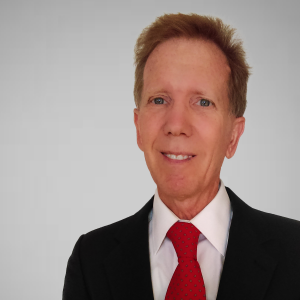 Michael Nix first joined Vidatronic as a Principal Member of the Technical Staff in 2015 to serve as the technical lead on sub-14 nm FinFET circuit designs as low as 5 nm. He has since been promoted in November of 2019 to serve as Chief Technology Officer (CTO) of Vidatronic.

Michael has over 40 years of industry experience delivering high performance analog and mixed-signal products. He started his career doing programming and analog circuit design in the aerospace industry before quickly advancing to design-lead over the design of multiple communications and interface microchips across a number of reputable companies. The companies he’s worked for include Lockheed, Sperry, Mostek, Crystal Semiconductor, AMD, Xilinx (Rocket Chips acquisition), and Qualcomm.

During his tenure as a Fellow at AMD, Michael worked on multiple analog and mixed-signal production-quality blocks in the 45 nm, 32 nm, and 28 nm processes. Following AMD, Michael joined Qualcomm in 2013 as a Principal Engineer to contribute his expertise to analog and mixed-signal blocks in 16 nm, 14 nm, and 10 nm FinFET processes. His many years of experience with production-level success in sub-40 nm process nodes makes Michael a valuable member of the Vidatronic technical team.

Michael received his B.S. in Electrical Engineering from Texas A&M University in 1976. He has been granted over 35 patents in his career thus far.